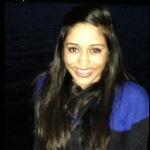 You’re probably already familiar with “read receipts” - many of your personal devices or social media apps already have this feature built in (think Apple or Facebook Messenger). It basically tells you when a recipient has actually opened and read your message. We’re excited to announce a similar update to our messaging platform on Kinnek!

As a supplier, you can see exactly when a customer has viewed your message. Though a simple tweak, it’s incredibly valuable because when you are dealing with a high volume of leads. 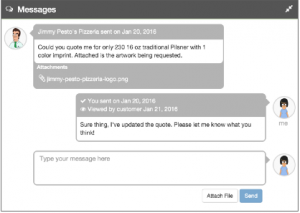 Knowing which messages have been read can help you identify which leads are top priority to pursue further.We previously built a similar feature into our quoting function, enabling you as a supplier to see when your quotes have been viewed.

From a buyer’s perspective, the “read receipts” and “quote viewed” are useful in helping suppliers be more responsive to you when you are seriously interested in a purchase. This all plays into an overarching vision to make the process of doing business as natural and effortless as that of having a personal conversation.

In that vein, our auto follow up feature, released in early 2015, allows you to keep conversations going by automatically setting up follow up messages if a customer hasn’t given feedback. You can create the follow up message when you quote to avoid worrying about following up on your own later. After you send your first follow up, you can reuse it in the future to save time.

We’ve gotten positive reviews from our suppliers about auto follow up because by leveraging it, they hear back more often. It reduces their workload by allowing to plan for future conversations while they’re on top of mind.

We’re excited to continue improving our product to make B2B conversations smoother. Let us know if you have any ideas or feedback: questions@kinnek.com!