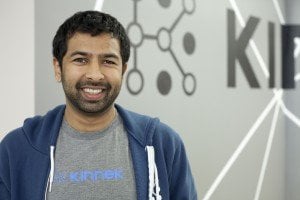 Hiring high-quality people is extremely difficult, as anyone who has ever been tasked with doing so knows. One of the things that makes this process so hard is the fact that it's not easy to differentiate between good and fantastic candidates, particularly during the interview stage.

Lots of candidates are great conversationalists, and can often muster a decent presence throughout the course of several consecutive rounds of interviews. Not to mention, practice makes perfect. As candidates complete more interviews, they become better at playing the "interview game."

So, how does a company break through the noise? The answer lies with the reference calls.

Chatting with a candidate’s references is a critical part of any good hiring process. While there's no silver bullet that will solve all of your company's hiring problems, if done properly, reference calls can undoubtedly transform how you view candidates as they reach the more advanced stages of the interview process.

As Josh Hannah, our Series-A lead investor, once told me, the most important thing to keep in mind is this: “Be mentally prepared to reject a candidate based solely on their reference calls.”

Our investor's advice is different from the traditional view of reference calls. That's because most companies only tend to call once managers have pretty much made up their minds to hire a candidate. It’s really more of a formality whose only utility is possibly finding massive red flags like: “Yeah, Johnny is actually a fugitive from the law right now.” 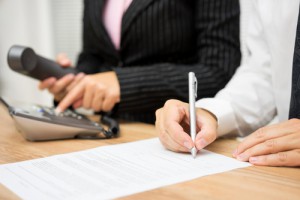 When you make the reference calls, be aware that the designated referees will naturally be inclined to say nice things about their friend or co-worker. Almost any reference will say things like, “She was very nice and easy to get along with,” or, “He was smart and hard-working,” even if the candidate wasn't amazing. That’s part for the course.

So, that's the big question: how do you get people who are inclined to say nice things about a candidate to say something that could potentially lead to a rejection? You must ask questions that are pointed, and which have very definitive answers. You also want to ask questions that make it difficult for the reference to give a canned type of answer to.

Here’s a clear example. If you ask, “Is Sally a good engineer?”, then it's easy for a reference to reply, “Yes, Sally is a pretty good engineer.” That doesn’t tell you much; in fact, it's pretty benign. Now, imagine if you asked a more pointed version of that same question, such as, “Is Sally the best engineer you have ever worked with in your career?” That question would lead to a very different discussion.

Granted, if Sally really was the best engineer that reference has ever worked with, that's awesome! Great news! If Sally isn’t, the reference may still try to say something positive about the candidate, such as, “Well, it’s tough to say whether or not she's the best, but Sally was a good engineer - I’d say in the top 25 percent of engineers I’ve worked with.”

Don't Be Afraid to Dig Deeper

Continuing our scenario, it's important to try and go a little deeper when you extract that feedback. For example, you could ask: “Well, what separates Sally from the very best engineers you’ve ever worked with? Why wouldn't she be in, say, the top 5 percent of engineers you've worked with?" In this way, you can get a reference to give you more honest, clearer insights into the strengths and weaknesses of a candidate.

Try these questions on for size when you're seeking references:

The next time your team is excited about a candidate after a round of interviews, take a step back and do a thorough reference check before moving forward. Don't just chat with the applicant's neighbor or best friend from college  - call three to four professional references and ask those difficult questions that will ultimately yield the real lowdown on the person. And if after that process, you’re still excited to bring the candidate onboard, then you'll know you did everything you could to make the right call.

The full-length version of this article was originally published in Wharton Magazine. You can check it out here. Subscribe to our blog to get the latest Kinnek news.