Next week, Kinnek will be joining craft brewers and suppliers from across the country as they converge in Philadelphia to celebrate the 2016 Craft Brewers Conference, the largest of its kind in the world. Find out why we're excited to meet you!

Craft brewing has continued to grow at phenomenal speeds relative to the broader beer market, with 17% growth per year since 2006 according to IBISWorld, including 13% growth in 2015 alone (outpacing a -0.2% decline in the overall beer market by a wide margin).

With a 12.2% share of the $106B overall beer market, craft brewing looks set to continue growing share of wallet with its myriad, unique offerings. Great news all round! What better place to celebrate than the Craft Brewers Conference in Philly?!

From 2014-2015, while the number of craft breweries grew 15%, the number of new potential breweries posting on Kinnek grew by 65%. More brewers than ever connected with suppliers and purchased equipment on the marketplace.

That’s why we’re excited to host a booth, separate lounge area and an exciting raffle sponsored by Kinnek suppliers! If you’re registered to attend CBC, stop by to say “hi” to win yourself up $50k in brewing supplies including a brand new brewhouse!

Since then it’s been held in cities across America, including Milwaukee, Portland and Austin. In its its 33rd year, CBC expects to host 13,500 attendees (+17% since last year), and 835 booths, which represents a 40% increase since last year. The conference has evolved from a simple gathering into a multi-faceted conference with the most influential people and companies from the international brewing arena.

Curious about Kinnek? Visit our booth (#2858) to meet our team and explore a new way to purchase and sell for your business live from CBC. Submit a request for quotes and start purchasing conversations with tons of supplier without trekking around the conference hall! 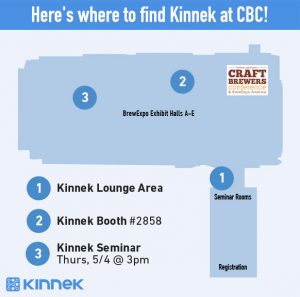 On Thursday, May 5, we’re hosting a seminar on how to get the best price and quality for your brewery supplies.

We’re also excited to raffle over $100k worth of equipment and supplies for free to registered CBC participants who visit our booth during CBC and follow us on Twitter.

Prizes are courtesy of top brewing suppliers, including:

Check out the raffle items in Kinnek’s lounge area at CBC, sign up, meet the Kinnek team and enjoy the event! Visit kinnek.com/CBC for full details!

What Else Do We Have in Store?

We’re incredibly excited about our plans for CBC this year. First, it will be a chance for us to meet suppliers and customers at our Booth (#2858) and conference lounge area. Next we’ll be introducing new customers to our simple purchasing solution. 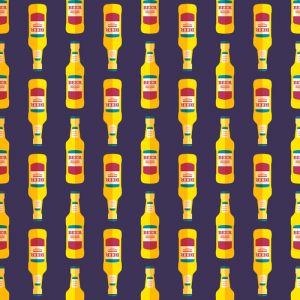 At the same time, our sales team will be out on the show floor identifying new brewing products and suppliers to provide even more choices to brewers everywhere.

Over the past few years, Kinnek has already become a core member of the brewing community. By having a presence on the ground and meeting businesses, we’re excited to get feedback to continue improving the purchasing experience for all brewers on Kinnek. As a SIlver tier sponsor, we’re also happy to be partnering with the American Brewers Association and continue serving the broader needs of the national brewing community.

Not sure what's right for your brewing business? Kinnek can help! Subscribe to our blog to get the latest Kinnek news.